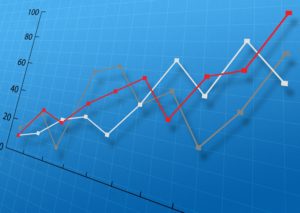 IVA Information / What is an IVA / IVA statistics and analysis 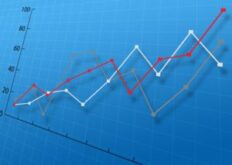 Analysis of the IVA numbers

At just over 78,000, the number of people who started an IVA in 2020 has remained pretty much the same as 2019. The volume has stayed at record levels for a second year in a row.

Arguably the 2020 figure could have been greater were it not for the financial support provided to many individuals during the Coronavirus pandemic.

Incomes have been maintained with furlough and self employment schemes and the cost of repaying debt kept to a minimum with payment breaks (for both mortgage and unsecured debts).

The question is whether or not the number of people suffering with debt problems significantly increases after these schemes come to an end. If they do, the volume of IVAs started in 2021 is likely to grow further.

Why are more people using IVAs?

Up until March 2020, employment in the UK was at record highs. However many the jobs are often lower paid or based on zero hours contracts. Huge numbers of people are earning no more than they did 10 years ago and in real terms their incomes have actually fallen.

Coupled with this, since April 2014 the debt management regulatory regime has changed significantly. In particular the FCA (Financial Conduct Authority) has increased regulation surrounding the provision of Debt Management Plans (DMP).

To avoid this a number of providers have changed their business model away from DMPs. Instead they are now concentrating on marketing IVAs which remain outside the FCA regulatory regime. As a result more people have started an IVA rather than a DMP.

This is not necessarily a bad thing. One of the advantages of an IVA over a DMP is that they last for 5 years after which outstanding debt is written off. A DMP can last far longer. However an IVA is not suitable for everyone. Some may be better off going bankrupt.

The figures are now all starting to point to the fact that personal debt problems in the UK are on the increase. Over the last few years individuals have funded their life styles by borrowing rather than earning more as wages have stagnated or fallen.

In addition in 2020 alone, there have been a large number of high profile retail business failures (for example Arcadia Group, Debenhams; Bonmarche; TM Lewin; Kath Kidston). These have impacted a significant numbers of jobs both directly and indirectly.

These pressures are resulting in higher numbers of people in financial difficulty. It seems likely that this situation will only get worse in the short to medium term as the uncertainty posed by Brexit and global world trade tensions leave employers with little room to increase wages.