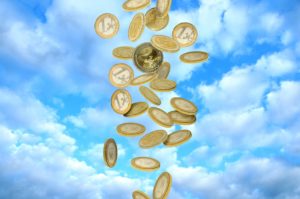 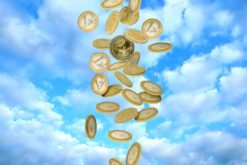 If you receive a windfall during an IVA you normally have to pay it into the Arrangement. As a result the amount your creditors get back increases.

What happens to a Windfall during an IVA?

A windfall is any sum of money or asset which becomes payable to you during the course of your IVA. Common examples are inheritance; PPI compensation; funds released from the sale of a property or a redundancy payment.

If you receive a windfall the terms of your agreement will state it has to be handed to your Insolvency Practitioner (IP). The funds are then paid into the Arrangement on top of your normal monthly payments.

It does not mean that your IVA will be paid off any earlier. You will simply pay back more of your debt then first anticipated and your creditors will have to write off less.

Most compensation payments from claims you make against a third party count as windfalls. This includes claims for personal injury and PPI mis selling.

Can you keep any of a Windfall received during an IVA?

The terms and conditions of your IVA will dictate specifically what happens to a windfall. If the total amount you receive is less than £500 you may be able to keep all of it.

However if the amount is more than £500 it will normally have to be paid to your IVA Company in full. They are not obliged to let you keep any of the money.

If you have a specific financial emergency your IP may let you to keep part of the money received to pay for this. However they are not obliged to. You are unlikely to be given part of the cash just because your living expenses budget is tight.

One exception to the windfall rule is if you receive personal injury compensation for pain and suffering. You should be allowed to keep the full amount of this type of award.

Can a Windfall ever be used to settle an IVA early?

Although windfalls normally have to be paid onto your IVA there are some instances when they can be used to settle the Arrangement early. One example of this is where the amount received is large.

The funds may be sufficient to pay 100 percent of your original debt plus outstanding IP fees and statutory interest. If so the Arrangement will be completed immediately. You will be returned any excess.

Another is in the case of redundancy. Generally speaking redundancy money must be paid into your IVA. However if you are no longer able to work your creditors may accept this amount plus what you have already paid in as full settlement.

Depending on the terms of your agreement you may be able to keep the equivalent of 6 months take home pay from any rudundancy money received to support you while looking for a new job.

Is money lent from a Third Party a Windfall?

A third party such as a family member or friend may offer to give or lend you a lump sum to settle your IVA early. In these circumstances the money you receive is not considered a windfall.

This is because you are not entitled to have the money for any other reason than to settle your Arrangement. If your creditors agree your offer then the cash is made available. If they reject it is simply withdrawn.

Generally speaking the lump sum does not have to be handed over until the creditors have accepted the proposal. However to meet money laundering regulations proof will be required of the identity of the person offering it.

If your circumstances have not changed the amount required to settle an IVA will normally need to be similar to the total of your outstanding payments. However you might be able to agree a discount of 10-20%.