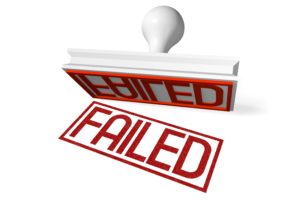 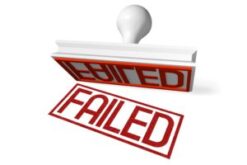 Your IVA might have failed because you have been unable to maintain your agreed payments. Alternatively you may have cancelled it yourself. But what are the implications and what happens next?

The main reasons why your IVA could have failed

There are a number of reasons why your IVA could have failed. After a change in circumstances you may have been unable to afford the agreed payments. The IVA company may then have had no choice but to cancel the Arrangement.

Alternatively you may have been unhappy. Perhaps you decided it was the wrong solution for you or you no longer believed your IVA Company was supporting you or acting in your best interests. You therefore decided to cancel the Arrangement.

What ever the reason for the failure the implications for you and the funds you have already paid into the Arrangement are basically the same.

If you are struggling with your payments first speak to your IVA company about the possibility of reducing them. You might be able to keep the agreement going.

What happens to money already paid into your IVA?

After an IVA has failed any money you have paid into it is not returned to you. It is first used by your IVA Company to pay their fees and costs. Any remaining funds are then distributed to your creditors.

Whether or not anything will be paid off your debts will depend on how much you paid into the Arrangement. If you were paying less than £150/mth and the agreement fails in the first 12-18 months it is likely that all the money will be taken in fees.

This may seem unfair. However it is perfectly legal and forms part of the agreement you signed up to. Your Insolvency Practitioner (IP) is entitled to charge fees. The payments you make within the first year to eighteen months almost always go towards paying these unless your monthly payments are unusually high.

If your IVA fails after you have been paying it for 2 or more years some of your debt may have been paid. However a considerable amount of it will almost certainly remain outstanding.

What are your Options after your IVA has Failed?

After your IVA has failed you are still liable for your outstanding debt. You will have some time before your creditors start chasing you. Normally you will not hear from them for 3-6 months after you receive your termination letter.

But make no mistake, they will eventually begin enforcement action against you. Given this it is important to consider your options and put an alternative plan in place to manage your debt as quickly as possible.

If you want, you can consider starting an new IVA with a different IVA company. However you will have to start paying again from scratch. You may be in a position where you can repay your debt in full yourself in a reasonable period of time. A debt management plan might then be a better option.

Alternatively if you have no assets you could consider going bankrupt. Although this probably sounds scary it could be a very sensible option. If you have no surplus income and are unable to make further payments towards your debt you will not have to.